The Supreme Plan will make suggestions to You before starting the operations for the completion of the Cycle. These suggestions will be warning lights guiding you. However, we will especially declare these suggestions when the time comes. It is presented for your  information.   –Mevlana, The Knowledge Book, p. 359

Our time on this planet is short.

As we enter the year of Solar Healing, we are being called to resolve ourselves and heed the warning lights and cautionary tales of what has gone before. Most humans do not want to hear the truth. They feel safer to perpetuate illusion. Why? Because in hearing the truth we are faced with ourselves. We are faced with all of the feelings and emotions that we have tried to hide from.

Why are we afraid of our own feelings?

Because society is so conditioned to falsity, niceties,  and artificial emotion that when someone shares the truth, it is threatening to the facade that we have fabricated. False identity shuns the light and truth is distorted according to the consciousness (or unconsciousness) of the recipient.

With over 7 billion humans there are many levels of soul development on this planet. Some younger souls are still experiencing the physical plane only and are not aware that something higher than their current experience exists. These souls operate largely at unconscious levels, controlled by mechanical or automatic influences, believing that traditional ways of thought still work.

Then there are the more advanced souls who are awakening at an accelerated rate to the new incoming light and advancing into states of non-dual consciousness and holographic perception.

There are also souls who have the potential and opportunity for further awakening but have halted their acceleration through fear that translates into the crystallization of forms.

Since darkness sometimes cloaks itself in light, discernment is not always easy for the uninitiated.  Darkness is clever and can use our languaging to manipulate emotions. If this goes undetected then it results in confusion and division. When this happens, our awareness becomes veiled and we are unable to access other dimensions of being due to emotional blockages or crystalizations of past forms.

The past isn’t what it used to be and is always changing according to new evolutionary context. To cling to past event points or people is to crystallize part of your energy field and thus impede the flow of new life-force that seeks to make you whole. 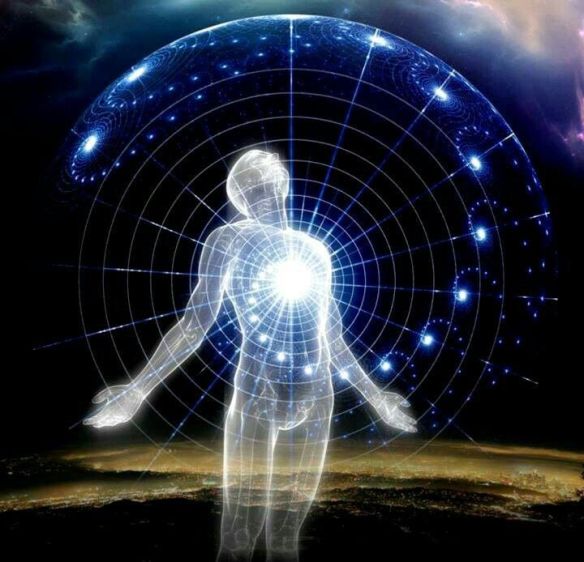 The codes of the Law of Time are potent tools, as they empower us with the ability to transcend crystallized mental, physical and emotional mechanisms. This is all in preparation for creating the new planetary chalice. This sacred chalice represents a new etheric system that  functions in accordance with new patterns.

We are being called to become the radiators of  new symbols embodying new patterns. To do this we must continually become more receptive to light.

We all have a daimon, a higher calling or higher version of ourselves; it is the creative genie locked inside the bottle of our body — our genius potential.

If this daimon is integrated into our personality then we will evolve in healthy ways full of creative vitality. But if we do not integrate this energy then it becomes distorted, destructive and dominant and can sometimes even fully takeover ones personality. 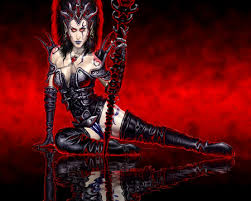 This misdirected life-force trickles into our 3D world through our jobs, relationships and lifestyles in general.

For example, if we are not aligned with our daimon we may feel dissatisfaction, frustration even anger in our daily jobs. (Or we may feel this in our relationships if we are settling for relation out of security, comfort, or obligation, rather than alignment with soul mission).

If the daimon is not heeded in any area of our life, it can turn to a “demon.” When people say that they are  “fighting their demons” it actually means that their ego is wrestling with the daimon; the creative force from within that is being denied.

This struggle creates a shadow. This shadow is cast by the disowned parts of ourself that are out of synch with our higher potential and destinies.  If not integrated, the shadow side of our disowned parts creates confusion and chaos. Daimon is Greek for daiw, “to divide or distribute destinies.”

In many relationships (from work relations to intimate relations) people give their power away. Often they try to please or pacify another rather than communicating their true feelings. The denial of our feelings and authentic spirit can result in the build up of toxic emotions, such as anger and resentment. When these feelings come the tendency is to blame those outside of ourselves rather than take responsibility for our feelings and actions.

If this cycle is repeated over a period of years, there is danger that we can become completely desensitized and numbed out to our emotional body up to the point where we can entirely “forget” who we really are. When this occurs a shadow is cast around us and we become susceptible to the forces of darkness. This is what Wilhelm Reich refers to as the “emotional plague” that is pervading our planet:

“The emotional plague is the freezing cold and the draught that keeps the seed of truth from yielding the fruit. The plague reigns where it is not possible for the truth to live.”

An old Cherokee told this grandson, “My son, there is a battle between two wolves inside us all. One is Evil. It is anger, jealousy, greed, resentment, inferiority, lies and ego. The other is Good. It is joy, peace, love, hope, humility, kindness, empathy, and truth.”

The boy thought about it, and asked, “Grandfather, which wolf wins?”

The old man quietly replied, “The one you feed.”
– author unknown

Until you make the unconscious conscious it will direct your life and you will call it fate. –Carl Jung, White Cosmic Wizard, Kin 234 (birthday July 26, Magnetic Moon 1)

As I was contemplating the above, I had a dream that elucidated many things to me.  The dream occurred on the morning of Self Existing Seed, the first day of the 5 day uayeb of purification.

In this dream,  I could not get anything together in this world. There was to be a gathering for some large project but in a dark cavernous underground maze. The floor was covered with water ankle to knee deep. To get anywhere was slippery and treacherous. I had to hold onto the wall to keep upright.

Many meetings were going on in the side rooms which seemed to build up in a hierarchical matter until I viewed the United Nations meeting room. There was a very elaborate process to get anything approved or off the ground.

Then it seemed I was being instructed by a higher ET type of beings. They were telling me that no matter how high up you are on the evolutionary scale, if you are involved in the work of the “Galactic Federation” then you must maintain some form of third-dimensional entitization (complementing your higher dimensional disembodied etheric form).

I was then taken to what appeared to be a type of learning laboratory or perhaps a navigational programming station. Many beings were involved in some kind of process of investigation and synthesis.

Most interesting was the periodic appearance of groups of time-traveling Galactic Maya.  They were dressed like they might have been in the 10th baktun.  They seemed to be handling crystals. It appeared that they were conducting a type of experiment where they seemed to be liquifying crystals. I observed as they appeared to counsel  or share information with the other entities who were wearing a type of space astronaut garb, appearing as some sort of  lab technicians. Then these Galactic Maya would disappear.

I was informed that this was a normal procedure by which the time traveling Maya would maintain their supervision of the whole “project” while projecting themselves forward from the 7th and 8th century  jungle or perhaps from some future point as well.

In the dream I remembered another dream (or was it?) that I had a week earlier. In the previous dream a very striking androgynous looking male being appeared wearing what appeared to be goggles. He was radiant, glowing with an etheric quality. When I saw the goggles I approached him and asked him if he was a time traveler. He smiled. I asked how old he was. He replied 100. I asked him if he was from the future. “No, I am the potential of Now.” With that he transmitted the memory of full cellular regeneration and allowing that potentiality to enter the mind of this planet.

Upon reflection it seemed that the whole dream was a scene within the AA Midway station at this point in time. It was understood that entry was allowed  because of the minds linking with specific coded structures. (In other words, these energy worlds are accessed through the underlying symbols of the synchronic order and Synchronotron).

Upon waking many reflections came: We must model the subtle mirror universes. There are no existing models on our home planet adequate enough to emulate.

Transform the shadow through ART!

“It is the function of art to renew our perception. What we are familiar with, we cease to see. The writer shakes up the familiar scene, and as if by magic, we see new meaning in it.”  — Anais Nin

“I saw the angel in the marble and I carved until I set him free.” Michelangelo

The artist has tremendous power to change the world. Chogyam Trungpa Rinpoche