Our collective memory holds keys to current challenges facing  our planet today. On this Crystal Wizard day I offer a glimpse of “my” story with the prayer of  activating “your” story so we can enter “Our” Story– a New Story, a new time, and a new galactic myth. This is also inspired by recent requests to describe how these codes translate to 3D and the human aspects of it.  I hope this entry will be of some help and comfort.

“I dedicate in order to enchant, Universalizing receptivity…”

Lost (and Found) In Time

When I was around 8 years old I had recurring visions of underground time tunnels. The images were so vivid that on morning I vowed to sit down at the coffee table and not get up until I had written my first “book.”  The book was called Lost in Time.   I was John, a time traveler, and in it I was in the wrong time searching for the “right” time through underground tunnels. My main fear was winding up in a time of war or too far in the future: 4029 when there might be no humans. For years I carried the now worn book, written on college ruled paper stapled together, with me and still have it to this day. Little did I know that at a future point I would present it to a real time traveler.

When I first read in the Dreamspell introduction that we are time travelers with amnesia, I knew that I had finally found a tool or key to find the right time.

As a child, I also had a recurring dream of a porcelain doll sitting high on the shelf. Always in the dream it would fall in slow motion and shatter. Later as my vocabulary grew, I came to associate this doll with the lost planet Maldek.

As I got older, the dreams changed. I then had recurring dreams of being a child on a planet that was about to explode. Everyone seemed oblivious to this impending destruction. I tried to tell them, but no one would listen. I was too young and they didn’t take me seriously.  As the mounting pressure grew, I saw people do all sorts of things to distract themselves, including much hedonistic partying into oblivion.  Then the shatter! I was blasted through space, naked and weightless except for a single silver ring with an etching. It felt as though a male counterpart was with me, though I saw no one. We would land on another planet and then I would wake up.

Though known by many names, the planet Maldek, the fifth orbit of our solar system, is now known as the Asteroid Belt. Soon after I encountered Valum Votan,  my dreams only intensified. These dreams often felt more real than waking life. And then finally on March 11, 2002, Kin 173, I found myself sitting next to him by a wood stove fire in Mt. Hood  when he was seized by a vision of the final days of Maldek.  (It is curious to note that for a period of 33 consecutive days, lights were beamed into the sky at the World Trade Center in New York City beginning on March 11 and concluding April 14, Kin 206. This was known as the Tribute of Light).

The next day, the Cosmic History transmissions began on White Overtone Wizard, Kin 174 and lasted for 260 consecutive days. These sessions were known as  “between the worlds transmissions” also known as GM108x, Galactic Mayan Mind transmission. Our combined energies unlocked floods of memory.  New knowledge (at least to this planet) poured forth in abundance as we sat faithfully each day for 2-3 hours attuning to what we would know as the “Cosmic History channel.”The foundation of this new knowledge was based on two tombs in Palenque, Mexico: the tomb of Pacal Votan and tomb of the Red Queen.

The first two years of this process was supremely initiatory and continuously took me to the depths of my soul. As my human body was enduring a tumultuous passage, new perceptions and understandings were simultaneously opened.  My awareness increased and I experienced flashes of a sacred covenant  made in another time. The paranormal phenomena that occurred at this time were astounding to say the least, shattering all illusions of “what’s real.” 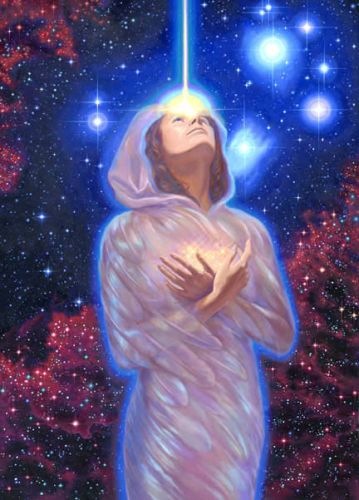 I began to understand that when new knowledge or light enters  it churns up all of the unconscious within (which is precisely what is happening on our planet today). The first stage of awakening is disillusionment of conditioned programming which generally results in the cognitive dissonance that many are experiencing today.

I experienced two key phases of disillusionment that woke me up and prepared me for this apprenticeship. The first was a near death experience at age 19 when I went through a full life review and was shown glimpses of the pristine and telepathic world that we are evolving into.  A year later I had another pivotal life experience that resulted in me dropping out of college for a year.

At age 20 I hit zero point. I found no pleasure in this world. Nothing external held any interest. Food lost its taste. The only thing that interested me is remembering why I was here and what was my purpose in this world. I  spent most of my time in a bedroom reading books on near death experiences, consciousness and spirituality and hoping to one day “feel normal”, whatever that was. I was depressed and had constant anxiety attacks if I ventured anywhere in public. My sensitivity was increasing and it became  difficult to be around most people.  I had no guides or mentors and no vocabulary to articulate my feelings. Fortunately I had an understanding partner at the time who supported my process. This lasted for nearly a year and I did not know if or how I would get out of it and make anything out of my life. I didn’t feel like I belonged on Earth.

Slowly, and with much exertion,  I pulled myself out of this bleak space and graduated college with a journalism degree. But I had no ambition to “be anything” in the worldly sense.  I worked a 9-5 job as a newspaper reporter because I liked to hear and write people’s stories. A year later, I was introduced to Tibetan Buddhism and taught meditation and the 7-line prayer by Tibetan monks.  I had been raised Christian and chose to be baptized at age 18.  I had always felt a deep connection with Christ, and thought that if I was baptized it might alleviate the inner struggle and confusion that I was experiencing.

The next key point of disillusionment came through a series of plant medicine journeys with ahuyuasca.  My first experience was pivotal and I was terrified at the beginning when I felt two serpents squeeze my neck to the brink of death and then I saw some scary monsters coming at me.  Then appeared gentle guides who with soothing whispers showed me the power of Love and that once you embrace your fears with Love then they have no choice but to transform themselves. They reminded me that “love never fails” and advised me to always “be teachable.”

During that pivotal journey, I saw our earth civilization as a type of holographic video game. Then Pac-Man appeared and began to eat all of my conditionings one by one, from MTV to Lucky charms to the White House. 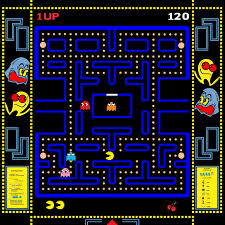 Everything was equally trivial from this vantage point. I was shown that this particular earth hologram  is designed as a maze full of meaningless distractions to see if we can find our way back to the electric thread that runs through this conditioned structure.

I was shown how time-space holograms are constructed by a set of vibrations that translate to symbols.  After Pac-Man ate all my conditionings, he then ate himself and disappeared (similar to the ororoborus when the serpent bites its tale).  Then I saw new worlds  emerge, higher pristine feeling worlds, strange yet familiar. I was taken to far off reaches of the galaxy in a type of “star tour” always with the guiding theme of Love as the answer to all.

Shortly after these journeys I met Jose Arguelles/Valum Votan and  I began to follow the 13 Moon calendar and study the time codes. When I initially began to practice these codes, I was amazed at how the synchronicities in my life began to multiply and hidden connections began to reveal themselves. I realized that these are memory codes that expand perceptions to reveal secret passages and gates that are overlooked and filtered out in our conditioned, linear mind-set.

Five years after my initial meeting with Valum Votan,  I became his apprentice and entered into a hermetic path and lifestyle. I voluntarily gave up a “normal” life as lived by my peers. Our lives were extremely disciplined, and during this 9 year period, we practiced daily yoga and ate a vegetarian mostly vegan (often raw) diet. In this unfolding educational process, we covered every subject imaginable and discussed everything.

Where Are We Now?

It is now three years after 2012 and we are still living in a time of male patriarchy based on the Gregorian calendar established in 1582 by Pope Gregory 13.    We’ve been to the moon, smashed the atom, found a quark, polluted and “conquered” Mother Earth and created more than enough nuclear weapons to wipe out civilization many times over. The number 13 is the key to breaking out of the time distortion matrix that keeps us enslaved within our own minds. For it is within our own mind that the world construct originates.

“Humanity of the Earth must nurture the capacity for abstraction, the ability to relate to symbols and energies that transcend its crystallized mental mechanisms.”  –Triguerinho

A new planetary story is emerging  from the depths of the debris. YOU HOLD A KEY! Unlock the Hidden Time Codes and Set our Planet free!

24 thoughts on “Initiation, Memories and Maldek”