The following piece by Jose Arguelles/Valum Votan is more relevant than ever from The Call of Pacal Votan: Time is the Fourth Dimension.

“Atlantis Corporation is referred to as a mental disease which takes the form of amnesiac compulsion to materially incorporate all human needs and services into functions of a privately controlled system called “money”.

In this system, money represents power over time; however, the production and circulation of money are strictly controlled, and in order to obtain any of the money, which is the only recognized instrument of power and exchange, one must sell one’s time to an ’employer’ in exchange for it. This system has aptly been called ‘wage slavery’.

Where did it begin? Why does it continue? Why do humans seem powerless in the face of the Atlantis Corporation?

The Atlantis Corporation has its roots in the Babylonian ghost religion of twelve. It is referred to as a ghost religion because it is a fraudulent imitation of true spirituality, a false order of reality born of a fundamental abuse of power, and a need to subjugate free will, which is the same thing.

The roots of this perversion reached beyond Babylon to evoke a primal Atlantis in which power was stratified into a loss of equality. The resulting abuse destroyed the very civilization it created.

The Babylonian loss of equality placed men over women and reduced the 13 annual moons, the power of time, into a calendar of 12, the power of space.

Henceforth, time was to be the pawn of imperial space, enslaved as power units to be known as money. Thus was born the first corporate male hierarchy, a ghost culture of the power of 12 held by men in robes.

Transmitted as a corporate hierarchical structure holding power over time and history, according to corporate rules of the game, the only way to negotiate further power was by using the inverted power symbol, money.

To sustain itself, this male hierarchical ghost culture of the power of 12 instituted taxation and promoted the technology of war to justify its need to collect money and expand its power base.

From Babylonia, the power of 12 spread throughout the Mideast to India and China to the East and the Mediterranean basin to the West. To a greater or lesser degree, the Babylonian power standard of 12 was adopted throughout the civilized world of the Eurasian landmass.

As a complex number, 12 represents the power of a self-perpetuating stasis. All of civilization as it evolved to the present time is an expression of the static power of 12.

The 7-day week’s purpose was to create a yoke in which to contain human energy in units small and easy enough to translate into monetary equivalents.In this way, human survival became lowered to the threshold of daily bread, and the priests and their imperial orders were able to gain greater and greater control over third-dimensional existence.

Like the original ghost religion of Babylon, based on the power of 12 covering up the 13th moon, the power structure of the Christian Church was used to cover up Jesus, who was a true emanation of the Universal Light of the power of Thirteen. 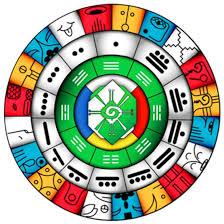 In AD 321, Emperor Constantine consolidated the Roman imperial order with the Christian Church and adopted the seven day week to the 12-month calendar. The Babylonian ghost culture was now grafted on to the Christian church.

By the 13th century AD, the success of the ghost splinter of the Neo-Babylonian Christian church of Rome was consolidated.

The virus of the Atlantis Corporation was now totally locked up within the secret chambers of the Vatican. At the heart of this power, consolidation was complete power over time and history; the Julian calendar inherited from the Romans, who inherited it from the Babylonians.

The seven day week and the 12 month year now owned by the Church in the form of the Julian calendar was to be converted into a complete system for translating time and property into money, where money in and of itself was to be a very strictly controlled instrument of power.

In this way, since money is only an abstraction of stolen time, the creator of intoxicatingly fictional values, the money system evolved as the chief instrument furthering the creation of a worldwide ghost culture, the Planetary Atlantis Corporation.

With power over time, the Church zealously watched over and financed the European conquest of the world to make sure it maintained its power over history. In 1583 following the securing of its dominion over the planet, the reformed 7 day week, the 12-month Gregorian calendar was instituted by the Vatican, essentially sealing the planet within the Babylonian ghost religion of the Atlantis Corporation.

With the concurrent mechanization of the clock was born the disease of global materialism. Henceforth, all understanding of time would stop at the docile and unconscious acceptance of the 12-month Gregorian calendar, only to be calculated in monetary terms according to the arbitrary divisions of clock-time.(see more here: https://calendartruth.info/home/)

The Protestant Reformation against the power of the Roman Church only resulted in the creation of protestant ghost splinters of the larger Babylonian-Roman ghost splinter.

While the Roman Church consolidated the neo-Babylonian Gregorian calendar of 12, the ghost splinters of Protestantism created a ‘secular’ base for the mechanization of time and the conversion of money into the ultimate determining and controlling human value.

The combination of the two factors–the control of the planet by the calendar of 12 and the mechanization of the 60-minute hour–had the immediate effect of accelerating the DNA of the human species.

Since 1583, a 400-year population explosion had occurred, irrevocably altering the traditional social bases of human society.

At the same time, under the auspices of the explosion of the perfection of artificial and arbitrary 12:60 timing frequency, human engineering and industrial machinery have impacted exponentially on the geological processes of the global ecosystem, hastening the imminent transition of the biosphere into the noosphere.

As acceleration increases the probability of change from within the 12:60 system reduces to zero. The absolute zero of 12:60 time can only result in the entrainment back into the natural galactic timing frequency of 13:20. The event occurs within the climax of the spiraling sickness of the Atlantis Corporation.

Though spawned by the Catholic Church, by AD 1754, the Atlantis Corporation had sprouted its own gorgon-headed monster: the industrial-democratic revolutionary wave.

Backed by an elite of bankers, by the 19th century, this revolutionary wave becomes the dominant world force. Though the Church had lost influence as its royal patronage and power base shrank, it still held the trump card of the power over time and history, the Gregorian Calendar.

When Italy became democratic, the Church was temporarily orphaned. But in 1928, the Fascist government of Italy recognized the Vatican as a political entity. Since that time, the Pope and the Vatican have continued to exert major influence worldwide. Why?

Not only does the Vatican hold the calendar which runs the planet, but it also allows unrestricted import and export of money from its banks, which otherwise operate under a veil of secrecy. 12:60 time, 12:60 money: why does the Vatican still hold all this power? Because it is still the Babylonian stronghold of the ghost culture of Atlantis. 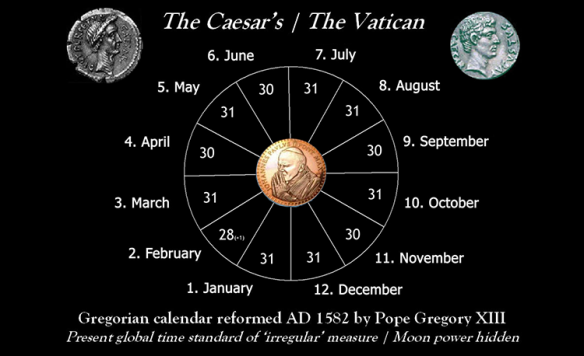 This ghost culture is also known as the Mafia, the international consortium of cartels who assure the free circulation of money, guns, drugs {and human trafficking}.

Break the power of 12 by the return of the 13 Moons, and the Babylonian power of ghost Atlantis will dissolve … 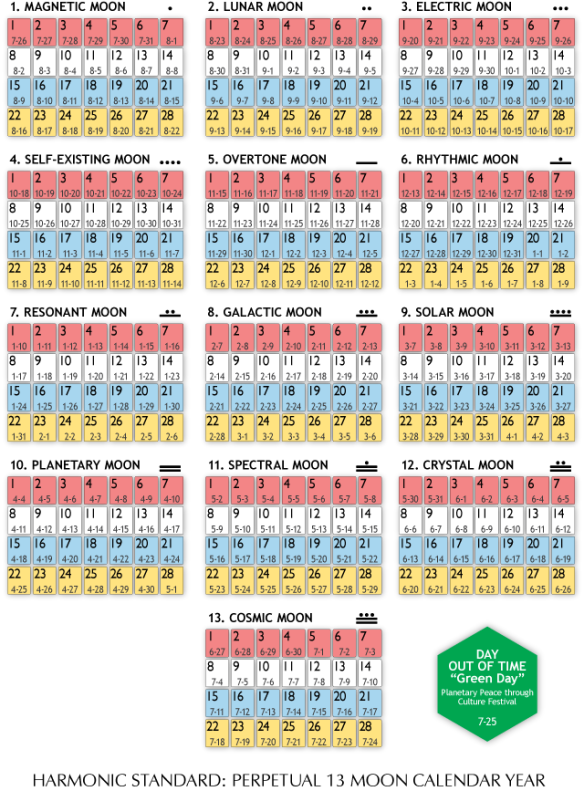