GALACTIC FEDERATION:  Consciously aroused program of universal intelligence resulting from compact of telepathically evolved stellar spores; based on laws of matrix and following goal of universal transcension, the Federation guides, catalogues, and monitors, but, true to its mission of the attainment of galactic free will, does not actively intervene except as a form of fulfilment of the law of karma (universal cause and effect); member star systems include:  Arcturus, Antares, Sirius, Pleiades (Shining Anchor), Procyon, Aldebaran, Vega, Regulus, Fomalhaut, Altair, etc. —The Arcturus Probe/Jose Arguelles

The purpose of these blogs are in alignment with the Galactic Federation to demonstrate how their system of higher dimensional synchronic order synthesizes and reveals different facets of symbolically coded knowledge that we might not have seen or put together otherwise.

When applying the synchronic order, we are always working with two elements: time and information. Time shows us how information is inserted into our particular time-space reality or how time can coordinate information. Once we understand that information is intrinsically harmonic then we can insert it into time to create a new level of perception and harmonic synergy.

On White Planetary Mirror, Kin 218 (Sept. 18) Cygnus (an Antares spacecraft) was launched.  This was a coded event.

We of Antares had long since dealt with cycles of perishability, and so for us death is virtually non-existent, at least death as the conclusion or ending of something.  Things don’t end.  They recycle, transmute, become something else. The Arcturus Probe/Jose Arguelles 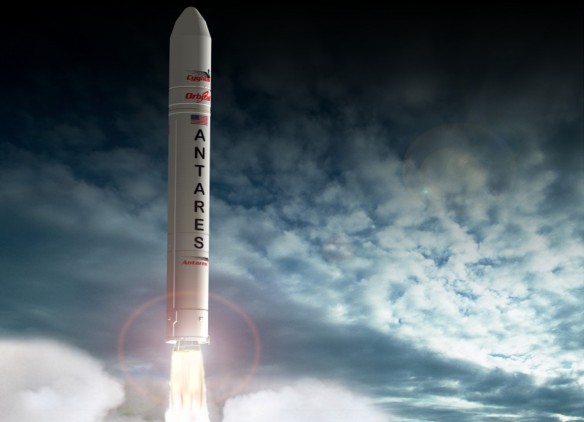 Cygnus is an Antares spacecraft.http://www.orbital.com/antares-cygnus/ . Cygnus was among the 48 constellations listed by the 2nd century astronomer Ptolemy.

Claudius Ptolemy, Greek philosopher and mathematician and first person to use longitude and latitude lines to define face of Earth

There are 88 recognized constellations. Kin 88 is Planetary Star is the antipode of White Planetary Mirror. In the chart of 88 Constellations Cygnus is right above constellation Delphinus (Dolphin), the subject of my previous blog.

Vela is another of these constellations discovered by Ptolemy.  The Vela Pulsar is the first pulsar to be identified optically. This pulsar is located in the Vela Supernova Remnant which is the nebula  of a supernova  explosion that is believed to have been visible from Earth around 11,000 years ago. 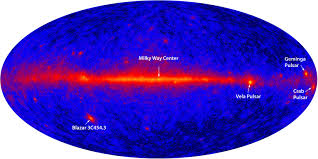 The Vela pulsar is a star six thousand light years from our  solar system, and according to Cosmic History, it coordinates telepathic information beams in timed stages.

Jose Arguelles/Valum Votan received much galactic information from this pulsar during what he called “opticals” (see Time, Synchronicity and Calendar Change).  These experiences came on suddenly and he would see  visual colored geometries that appeared to extend into other universes. He  felt these were a function of the Vela Pulsar activated by Supernova 1987A . 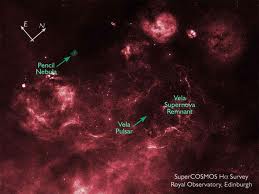 Ptolemy was also famous for his books Harmonics that explored the mathematics of music or how musical notes could be translated into mathematical equations and vice versa (also known as Pythagorean tuning)–see blog on 432hz.

The Ptomely Stone used in the mathematics courses at St. John’s College (Santa Fe) to measure the altitude of celestial bodies, in this case, the sun. Synchronically, Jose Arguelles first announced the Coming of Galactic Culture at St. John’s College in Santa Fe in 1987 on Kin 34: White Galactic Wizard. This was 21 days before the Harmonic Convergence on Kin 55: Blue Electric Eagle.

Interesting to note that Johannes Kepler, Kin 188,  is noted for the law of progression of planets. This train of thought was followed by German astronomer Johann Elert Bode who reasoned there should be a planet between Mars and Jupiter. While searching for the lost planet, he discovered the Asteroid Belt on Kin 108 (Sept. 11, 1801).

Now note that Cosmic History was posited on the destruction of Maldek (now asteroid belt) and  Mars and regaining the memory of the lost worlds. According to the prophecy of Pacal Votan all knowledge of Maldek and Mars were radiogenetically transmitted to Earth’s core.Pacal Votan was able to mentally penetrate earth’s core and retrieve the comprehensive knowledge of all aspects and functions within the Velatropa system and heliocosm including construction, deconstruction and resurrection.

A few days ago a 7.8 earthquake occurred and created a new island off of Pakistans coast.  This  occurred in the Dragon zone of the planet holon, which some say fulfills the Edgar Cayce (Kin 54) prophecy of “new lands rise up from the sea.” (This is also true on the Big Island of Hawaii where the volcano continues to create new land/new earth).

Shortly after the tomb of Pacal Votan was discovered came the discovery of the structure of DNA by Francis Crick and James Watson. Crick proposed that life on earth was seeded by an advanced  civilization by microbes being sent in spaceships (key theme of movies such as Prometheus).

This idea is also known as Direct Panspermia.  This concept was first intimated in writings of Anaxogoras, Greek philosopher 450 bc, who also first coined the word “Nous”, as the subtle ordering force that rules all forms. This is the prefix of Noosphere (mind of Earth).

This also illustrates the transmigration of souls, a  key concept of Cosmic History and many ancient religions, particularly Egyptian.

Pacal Votan is depicted with a celestial bird atop the cosmic or world tree. In ancient cosmology the Milky Way was equated with the World Tree, around which curled a serpent and on top was a celestial bird.

Celestial bird is also associated with Cygnus, who is  associated with white swan (cygnet). The Cygnus Mystery by Andrew Collins tells how Cygnus can be found in the centre of the Milky Way, universally seen in past ages as a road or river of stars used by the dead, or the shaman in a state of trance.

This is interesting in light of dreams that recently occurred. The first one occurred on Lunar Earth, Kin 197,  when Valum Votan appeared and told me that the inter dimensional portal (flux tube) had now been repaired thanks to the key effort of a curandera in Mexico (whose essence I felt but name unknown. He said he was now more easily able to transport himself back and forth to Earth. This was followed by a series of astral travels together, most notably back to Australia to the house we formally lived in and where he passed away.

The next night I dreamed that I was getting dressed for some big event. But to get to the event I had to pull myself up a long dangling tube or pipe. It was a great effort. Once I reached the top I was in a large “ballroom” that was darkly lit in soft red and purple glow. Everyone was wearing their finest. But when I looked at their faces I recognized many relatives who had passed from this world. I realized that I could see them but they could not see me. Then I was told that this was the Ballroom of the Dead!! 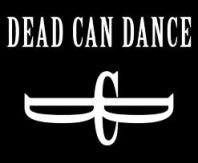 Mainstream scientists are now beginning to speak about the possibility of life coming from other planets.  Recent news stories have been exploring the question: Did Life on Earth Come from Mars?

No indigenous Red Planet organisms have ever been discovered. But it is possible that life on Mars — if it ever existed — may have made its way to Earth at some point, many scientists say.

Some microbes are incredibly hardy, after all, and may be able to survive an interplanetary journey after being blasted off their home world by an asteroid impact. And orbital dynamics show that it’s much easier for rocks to travel from Mars to Earth than the other way around.

In early blogs I had written about recurring dreams of being on a planet that exploded and I was shot through space to another planet (Maldek, Mars, Earth).

In reflecting on Cygnus as swan and the ballroom of the dead, two songs came in my mind: Ride a White Swan (my favorite as a child) and Ballroom of Mars.  Lead singer Marc Bolan is Kin 60–Yellow Galactic Sun,  same signature as Pacal Votan. He died on 11 Warrior (occult of 3 Serpent).

And to my amazement I found (on a Cube/Martian day–Overtone Worldbridger) that Ride a White Swan was put out by CUBE Records! Surely this song is about interdimensional time travel via the celestial bird!

“In the far reaches of the human psyche lies the memory of the indestructible analphs of the lost planets that transmigrated from Maldek to Mars, then from Mars to earth. the transmigration of these ancient memories resurface through various art forms, most notably music, culminating in rock and roll.”  —Book of the Mystery (Vol. 3 Cosmic History Chronicles).

“By power over time inherent in subliminal consciousness, the pilot angel mahabodhisattivic projections select pre-organic early time phases of the growth and expansion of parallel stellar mass with the potential for planets with life over which to remain telepathically watchful.”  Dynamics of Time/Valum Votan, Postulate 18.10 (Planetary Mirror)