There are Many stories regarding GENESIS, this Earth. What is Difficult to see, Is that All Stories are True. Each Witness, Each TOTALITY and their Spokesperson relating an Index-Time-Theory of their knowing of How it Started. –Kin 68

In light of the unfoldment of world affairs, my attention has been drawn back to the Enuma Elish, the Babylonian creation story that provides clues for our current predicament. This story was allegedly transcribed onto 7 Tablets around 2000 BC, making it one of the oldest stories that tells of the creation of the universe and how human beings came to be.  Here is offered a simple rendition.

♥Within the Void♥, two beings are brought into existence, female Tiamat and male Apsu. They were similar to Adam and Eve but in a heavenly realm where they created many generations of children.

The children became extremely loud and distractive. This greatly annoyed their father, Apsu, to the point that he decided to kill them. The mother Tiamat was not in agreement. One of the children, Ea, got word of Apsu’s plan, and so instead killed his father. This, of course, greatly grieved and enraged Tiamat.

A high counselor, Kingu, told Tiamat that she should start a war against her children. She rewarded him with the Tablets of Destiny, which legitimize the rule of a god and control the fates.

In her rage, Tiamat started war and turned herself into a massive sea dragon to avenge her husband’s murderers. She summoned the forces of chaos and called forth 11 demon/monsters to destroy her children. She also called forth other dark creatures as well as the first dragons, whose bodies she filled with “poison instead of blood.” (This is the first dragon story on record). 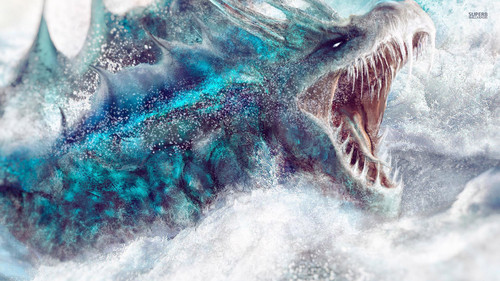 Marduk stepped up to stop Tiamat. Marduk had been born in the heart of his slain father, Apsu, and said he would fight only on the condition that he be made king. Marduk, a storm-god, then summoned the elements — the four-fold winds and seven-fold winds (4 x 7 = 28).

Marduk caught Tiamat in his net using the winds against her, as she in return tried to swallow him up. Marduk shot an arrow that split Tiamat in two and from her eyes flowed the waters of theTigris and Euphrates Rivers.  He then killed her progenitors and recovered the Tablet of Destinies, thus legitimizing his reign. 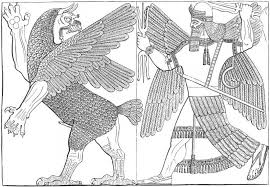 Marduk then cut up Tiamat’s body and made of it a New Heaven and new Earth, establishing the Zodiac and telling the Moon how to shine.  He created a race of  human beings from the remains of those ones who instigated Tiamat to war.

Marduk beheaded Kingu, and from the blood of the rebel created Lullu, the first man, helper to the gods in their eternal task of maintaining order and keeping chaos at bay. These are the Annunaki, 300 in heaven and 300 on earth. “An” or “Anu” means “sky” and represents the name of the “god of heaven,” while “Ki” means “earth”. That race became the Mesopotamians or Babylonians. The city of Babylon was built in Marduk’s honor while humans were created to work the land.

George Hunt Williamson proposed that Marduk was derived from Maldek. He was the first to speak about Maldek in his 1953 work, Other Tongues, Other Flesh.

Williamson states, “ … Maldek was a World of Iniquity that exploded and burned and was a planet in Our Solar System that defiled all the other planets because of its Evil, and Maldek (The Tongue) set on Fire its vortex, the power of its birth and being, and therefore was set on fire of the Unseen state, because Maldek released the terrible Hydrogen power she broke her vortex and rendered herself unseen….”

The destruction of Tiamat is parallel to the destruction of Maldek. The ‘evil’ person who started the whole cosmic battle is taken to form the human race. From the creation of  Babylon, which is the seat of Western Civilization in the Old World, all that is to unfold in history is set forth. This is interesting to contemplate in light of the time we are living.

It was the Memory of the destroyed Planet Maldek that called forth the 7 volumes of the Cosmic History Chronicles.

In the Law of One, RA states:

The peoples of Maldek had a civilization somewhat similar to that of the societal complex known to you as Atlantis in that it gained much technological information and used it without care for the preservation of their sphere following to a majority extent the complex of thought, ideas, and actions which you may associate with your so-called negative polarity or the service to self. This was, however, for the most part, couched in a sincere belief/thought structure which seemed to the perception of the mind/body complexes of this sphere to be positive and of service to others. The devastation that wracked their biosphere and caused its disintegration resulted from what you call war.

We have been called from the Future back in Time to ensure no such catastrophe occurs again. It all begins within, and then begins again. 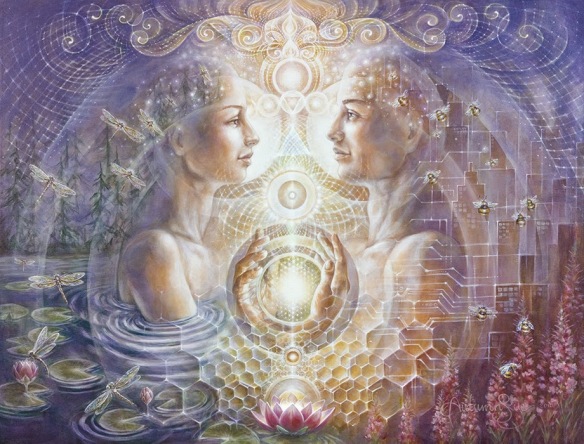 12 thoughts on “Marduk and Maldek: Is Peace Possible?”