Terrestrial humanity has not learned the mysteries of the progression of energy. It stopped at the first steps, not wanting to listen to the Teaching. We have always been present, showing humanity the Path, but no one is compelled to respond. On this path, it is necessary to acquiesce. I am not talking of the response of the external consciousness, but of the yes that must sound in the celestial worlds. After all, one must want to return Home.  –Trighuerino

The New cannot be built by applying old patterns. Unity with the Divine force is all that matters.

Many are the reflections on this day of the 65th anniversary of the opening of the tomb of Pacal Votan — Blue Planetary Night. This opening initiated the entire knowledge base of the Law of Time.

For those new to this, a bit of a recap:

In 1989 came the discovery of the two timing frequencies of the Law of Time, the 12:60 artificial time and the 13:20 natural time.

It is amazing to consider that the tomb of Pacal, dedicated in AD692, was discovered exactly 1260 years afterwards, and that exactly 1320 years after its dedication it would be 2012, the closing of the Great Cycle of History.  (see Time and the Technosphere by Jose Argulles/Valum Votan).

There are many lessons held in the analogy of the Tombs. From the perspective of Cosmic History, the tombs  signify an interdimensional passage  from one world system to another.

But before we enter into the Mysteries of the Higher Dimensions, it is important that we are fully integrated in our third-dimensional body.   There are many cautionary tales playing out on our planet today that we can learn from.

Those who receive higher teachings or who are put into positions of power, but who have not yet resolved their own emotional/psychological issues are in danger of a split or rupture in their electromagnetic energy field, making them susceptible for lower energies or vibrations to enter. We must work to evolve all bodies simultaneously.

Earthlings are quite a curious species. They like to possess or entomb knowledge.  But Living knowledge can never be entombed–try to grasp it or put it in a bottle and it disappears.

All over the Internet we can see evolution and growth suffocated into nostalgic time capsules of a past that no longer exists. We are ever changing beings. We are not the same person we were 10 years ago or even yesterday.

Some humans don’t like to see other humans to grow and change.  This is also witnessed in family scenarios where if one begins to think differently, it can be threatening to other family members who are not yet ready for change.

And some in our modern society tend to fixate and fabricate stories about other peoples lives instead of working out their own. Why? 1) It gives them a temporary sense of empowerment or feeling they are superior to another. And 2)  Because by doing so they don’t have to take a look at themselves.

This externalization of consciousness is an epidemic on our planet today.

To resolve ourselves and recover our essence, it is helpful to outline key events of our life. Once you can see the patterns,  then you can extract the  lessons and reframe the experiences as part of a hero/heroines journey that empowers you.

I am currently writing: The Uninscribed, that tells the tale of initiation into the GM108X through the feminine perspective–a Universal Story that traces back to the primal shattering on Maldek and worlds before.

We do not need any more polarization, fear or blame on our Planet, only compassion and understanding.  To do our part in the ultimate planetary healing means to stop projecting onto others and living vicariously through their lives, but rather use the lessons we see in the external world and apply it to better ourselves. 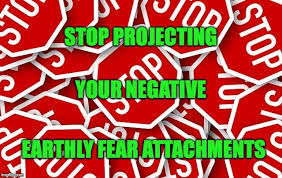 The most courageous ones are those who are willing to face the contents of their own psyche and minds.  These are the real heroes and heroines.

We see now the frequency wars raging on; the war on consciousness which is split right  down the middle even in peace or humanitarian movements. It is now up to each individual to make their choices. While writing my attention was turned to John 3:19-20 from the Bible:

And this is the verdict: The Light has come into the world, but men loved darkness more than light, because their deeds were evil.   — Everyone who does evil hates the Light, and does not come into the Light for fear that his deeds will be exposed.

There is only One Earth, One Time and One Mind, so why do we continue to fight? In disregarding this logic, we choose ignorance over intelligence, blindness over awareness, habit over logic. This will never gain us entry into the Greater Galactic Community, which is unconditional. 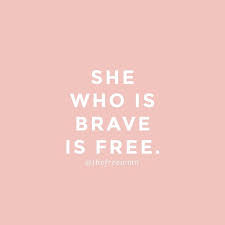 We have come to an end of an age, and rather than look back among the ashes in search of gold or the philosophers Stone, better to look forward through the pristine lens of the law of  time into the shining rainbow wheel, of a new world turning in its cosmic course in alignment with the Spiritual Sun whose life can never cease to radiate. –Valum Votan

My teacher Valum Votan, Jose Arguelles, was impeccable in word and deed in all the time I knew him.   I have witnessed those who would disparage him time and again and utilize his own teachings against him. They did not witness his daily striving to better himself, discipline, receptivity, patience, love, and humbleness. Not to mention that he was a Galactic Master as well as a beautiful human being. A True Original.

Here is his testimony as a Star Witness and “Watcher”:

Yet it seems that You scarcely know who You are, for You are ever contentious given to aggression and conflicts, the one ever seeking superiority over the other, or buying into cleverness each claiming supremacy of its own ideology or political system. And now You have populated your entire planet and wrapped it with your machines and your murderous wars in defense without ever seeing the whole.

I see You have all but lost any hope of unity or unification.

I have incarnated only that I might study and know You all the better. I have even married and had children. Now for a number of years I have removed myself from Your social ways. The better to synthesize my knowledge of You. I see that You are hopelessly lost in the confusion of time and that such confusion becomes cumulative and at one point it approaches a climax which catches those ignorant of it totally unaware.

You are now living the climax of the confusion of time, and You scarcely know it. Your system of time has no cosmic reality whatsoever, it is but an arbitrary fiction yet you hold onto it for dear life.

You actually believe that the arbitrary date January 1 begins a new year. For reasons unknown to You, You celebrate with great madness and abandon and then a few days later find yourself depressed.

You say that its this year or that year, but You don’t really know what that means, oblivious as the days pull you forward into the problems that did not resolve in the previous year. And so it goes.

But it is precisely this confusion that is now catching up to You, as You have accepted it and turned it into Absolute Reality. This entire artificial system  of thought and way of life is now embedded into the meaning You have attributed to that form.

You cannot find any way out of Your self-created trap. You call a man trapped in a delusion when he cannot perceive, a man is self-deluded and insane. Well that is what you are a whole species, a race of beings totally insane out of touch with cosmic reality.

I was sent to your planet to find out and diagnose what is wrong with You that You cannot keep from destroying yourself and your planet and to find out what was the root of your madness, where had you gone wrong. Yes as a race you always have the choice of pursuing your ego or of transcending it and realizing a higher way of life and being.

This was a part of the character of Your early development as a species but it was when you settled for an irrational timing program and the contrivance called a mechanical clock that you made a fatal turn and created the great confusion of time. Now all of Your errors of thought and perception became embedded in this confusion of time, evolving rapidly into a vast complex of machines and institutions to which You feel obliged to perpetuate for You have given them all the status of Absolute Reality.

But now all of this is climaxing and will soon come to an end.

It is time to step out of past Illusion, You cannot bring the Old Reality with You. I do not hide from You though I live apart from Your ways. My human name was José Arguelles, my messenger name is Valum Votan. My star name is Dor Jar-EL. Our way is Oneness and Equality. Our Time is Now and Forever. Remember.

We are of the Universe.

13 thoughts on “Confessions from the Tomb”