“People without the knowledge of their past history, origin and culture, is like a tree without roots.” –Marcus Garvey

I recently returned from Brazil to inaugurate the Galactic Education Center with a magical five-day event entitled: Return to Sacred Time.

At the event, we reviewed the Original Mission of the Law of Time and 13 Moon Calendar, as well as explored the New Context for the accelerated time that we now find ourselves in. The key themes were “healing the ancient trauma” and “memory retrieval” (which will feature in the next post).

While contemplating the meaning of what it means to “Return to sacred time”, I realized that to return indicates a “departure.”

What have we departed from?

We have departed from our Original Frequency.

We have detoured into an artificial frequency that causes us to repeat time loops and erases our memory. This frequency is reinforced daily by a mechanized timing cycle that is out of synch with our own biology.

This artificial frequency disconnects us from our body and is the thief of Memory that casts us into a state of intermittent amnesia.

To Return to Sacred Time is to unplug from the false frequency matrix and reconnect to the Source.

Once reconnected to Source frequency, we regain Memory of our cosmic origins and our natural feelings of Wholeness and interconnectedness returns. Our heart opens and we are flooded with beautiful, warm electrical feelings. The veil on our perceptiosn lifts and we see a new world, and it is more beautiful than we imagined. 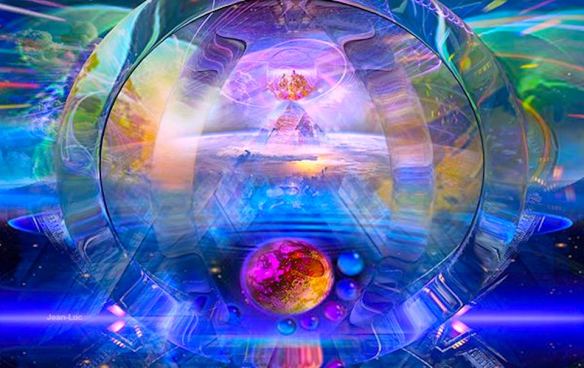 This world was always there, but we have to raise our frequency to see it.  Once enough see it and are able to maintain these higher frequencies, the world will change. As this is a world based on collective perception.

This is what it means to Return to the cycles of Nature. This is sacred Time.

As I write this it is Samhain, Celtic New year, which begins the first of the 8 sabbats.

To Return to Sacred Time is to return to the cycles of Nature.

Many on the path of Light would rather not look backward, which is understandable.

However In order to vibrate in the New Positive Future and attain wholeness, it is important to comprehend and resolve the Past frequency distortions and trace current events back to their origins if true healing is to occur.

So in honor of the Return to Sacred Time, I felt to bring back memory of the Judgement Day Tribunal that Jose Arguelles and his former wife Lloydine hosted in 1996.

The purpose of this Tribunal was to formally acknowledge and make conscious the error and “crime in time” known as the Doctrine of Discovery, the Papal edict issued in 1452 by Pope Nicholas V.

This document states that if any Christian “discovers” a land or territory possessed by non-Christians, that the Christian has the right to dispossess the non-Christian of that land.

However “Christian” in this sense refers solely to the Vatican’s definition of the word.

Among the many guests were Mother Tynetta Muhammad of the Nation of Islam, Sir Reinhart Ruge of the World Parliament Association and Dr. Emoto of the Hado Group. Also in attendance at the event was Father Luis Acosta of Colombia, a Catholic Priest brought in as a silent witness for the Judgment Day Tribunal.

Vandir Casagrande, former prosecuting attorney for the city of Sao Paolo, read the “crimes of the millennium.” These “crimes” included the Doctrine of Discovery, the genocide of the cultures of the New World, the burning [or theft of] the Mayan time knowledge, and the imposition of the Gregorian calendar on all conquered peoples. Father Acosta assented that, indeed, the Vatican had committed these crimes against humanity.

Not only did the Doctrine of Discovery lead to the destruction of Mayan time knowledge, but also stole the time and culture from countless indigenous tribes around the world. We note  also that all of our “holidays” are based on the original 8 sabbats, which were later coopted and demonized as pagan rituals by the Catholic Church, and are now often sold as ‘witches calendars.”  (Research the pagan origins of holidays as well as the Council of Nicea).

This crime against humanity was institutionalized by the Gregorian calendar, imposing Western ways and customs upon the indigenous and minorities; a cultural genocide that is still happening today.

“There is enormous relief, as well as anger and sadness, when people realize that without a culture one not only is  a slave, but also has in effect collaborated with the slave trader, and that the consequences have been long-lasting and devastating, extending back through generations.” Wangari Maathai, The Challenge for Africa

Until the issue or ‘karma” of the past is resolved it continues to replay in a Time Loop.

In a booklet for the Tribunal event, José wrote that this Doctrine of Discovery was a crime against humanity, as it deprives others of what is naturally theirs.

Note that in 2014 the 13 Indigenous Grandmothers also went to the Vatican with a request to revoke the Doctrine, but to no avail. http://nativeamericanresources.blogspot.com/2014/10/what-is-papal-bull.html

With no one to question the Vatican-European right to dispossess others of their land, nor of the genocide they had committed through policies of colonialism, the 12:60 mental order of the European mind has come to dominate totally the mental order of the planet.

Any mental order established on criminal intent and a fundamental error in time can have no hope of redemption.

The intentions of the Doctrine of Discovery were tested in AD 1492, with the Vatican-backed mission of Christopher Columbus who sailed westward on behalf of Queen Isabella and King Ferdinand. is same year, AD 1492, also marked the nal expulsion of Islam from the Iberian Peninsula and Europe in general, in a battle that the Vatican had waged for eight centuries.

The “Doctrine of Discovery” and the struggle against Islam are inseparable aspects of a type of “foreign policy” that prevails to this very day in the dominance strategies of the US State Department and its G-7 structure of monetary alliance.

Within a generation one of the most spectacular acts of cultural genocide in all of history had been committed. Warfare and disease had decimated the populations of the two major civilized regions of the New world: Mesoamerica and the Andes.

The records demonstrate that the invading armies sought no real dialogue with the “non-Christians”, and indeed, whenever possible, destroyed all the indigenous knowledge bases, including the slaughter of those deemed knowledgeable or wise.

Within a century of its declaration, the Doctrine of Discovery had changed and mapped the face of the entire globe. What had at first been advanced by the Vatican and its faithful kingdoms of Spain and Portugal spread to other European nations, namely France, England and Holland, which joined in the competition spawned by the Doctrine of Discovery. Land three, four, or five times greater than the European land mass had been “discovered” and forcibly appropriated on behalf of the “Christians” of Europe.

With such great largess spreading before them, the Christians instituted the African slave trade in AD 1555, in order to have a populace to work the “new” land taken by force or deception from another race which itself was in the process of being exterminated.

This incriminating act of the Doctrine of Discovery on behalf of the dominance of the erroneous timing frequency and belief system in general of the European conquerors was the destruction [or theft of] in AD 1562 of the Mayan libraries at Izamal, Yucatan.

This act sealed the “Mayan Apocalypse”:living an error in time, the inevitable karmic consequence of depriving the world of the knowledge of the science of Time was to be the creation of the mechanistic, artificial time bubble of industrial civilization: the illusion of material power, Mammon incarnate, Moloch the insatiable.

AD 1582, ten years after the burning [or confiscation] of the Mayan books, Pope Gregory XIII was able to consolidate on a global scale what had been initiated by Pope Gregory I, “the Great,” a millennium earlier: the Gregorian Calendar Reform, which gave the now largely conquered Earth its present standard measure of time.

The perfection of the mechanical clock simultaneous to the mission of world conquest, only secured the illusion of dominance over others and Nature itself. 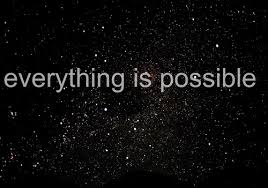