Comets, UFOs and the Prophecy of Pacal Votan

We are all a part of a much larger interplanetary script than we can imagine. We, as a species, are simultaneously going through a type of bardo, a frequency shift and an incubation and reprogramming chamber that is galactic in nature. What is happening in the world on the intergalactic level and what are we meant to do?

Many people have an eye to the sky wondering, will a comet collide with the Earth? There seem to be many comets or other celestial objects that might be on a collision course with planet Earth. Is this what the Maya foresaw? Did they live through a pole shift? Will the natural disasters wipe out much of the life on Earth? Will our population be reduced through biological warfare? What is happening?

Our earth is shaking. Our molecular structure is changing. Our DNA is transmuting. Who are we? And who are we becoming?

In the analysis of the Law of Time as put forth by José Argüelles this is all part of the foreseen biosphere-noosphere transition. This transition is the result of humans living in artificial/mechanical time, which has desensitized us to Mother Nature and in turn has disconnected us, as a collective, from the loving Source of All.

The human is living in a time apart from the biosphere, artificial time. Nothing artificial can stand the force of truth.  (José Argüelles, Time and the Technosphere)

So everything we are seeing unfolding on the planet, whether it be an earthquake, a comet, a pole shift or even a UFO, is all part of Mother Nature exerting the force of truth. The force of truth is shaking up artificial reality and those in power are desperately trying to hold on to it. However, it is all in vain, as the force of truth and light will always win, but not without a sacred struggle.

Comet Elenin, Kozyrev and the Law of Time

Many people are talking about and feeling the significance of Comet Elenin, among other comets and celestial objects now coming close to our orbit. There has been much speculation as to whether Comet Elenin is actually a brown dwarf star, Niburu, the Hopi blue star Kachina, a black hole or a spaceship or Mothership.

Comet Elenin was allegedly discovered by amateur Russian astronomer, Leonid Elenin, on December 10, 2010. This was 21 years to the day that José Argüelles made the discovery of the Law of Time. (Though there is  much speculation as to whether Leonid Elenin is a real person or code name).

It has been suggested by Russian and Chinese scientists that Comet Elenin is actually an intelligently controlled spacecraft with a torsion (energy) field. A torsion field relates to the influence that a spinning object exerts on its environment.

Nikolai Kozyrev, Russian scientist and pioneer in the study of torsion fields, confirmed torsion fields are an energy beyond electromagnetic radiation or radio signals and travel more than 100 times faster than the speed of light.

The Law of Time is closely aligned with Kozyrev’s work and is based on a radial (rather than linear) model of time.

The two main maxims of the Law of Time are:

The second postulate was adapted from Kozrev’s work, in which Kozyrev called torsion energy fields the “flow of time.” This is similar to the zuvuya principle, which Argüelles describes as a memory hotline that links past, present and future.

This helps explain how torsion fields can be used as a means for advanced civilizations to travel large interstellar or intergalactic distances, and also lends insight to the creation of crop circles. In other words, this is pointing toward a telepathic technology.

Former NASA researcher Richard Hoagland studied Elenin’s orbit and is also of the opinion that this object is a manned spacecraft under intelligent control.

In light of this it is interesting to note that it was Richard Hoagland who first showed Argüelles the Face on Mars in 1983, which opened him to much interplanetary memory. Three days later Argüelles had a powerful vision, which would become the Harmonic Convergence. He kept hearing the words “Earth surrender rite” (i.e. to surrender to the Earth).

Hoagland recently discovered that Comet Elenin’s orbital parameter forms a tetrahedron, and that the precise geometric shape is confirmation of, and consistent with the 19.5 degree angle that he has been analyzing over recent months. 19.5 is also the latitude of the Face on Mars, the Great Red Spot of Jupiter as well as Edzna, Mexico and Teotihuacan, Mexico (where Argüelles had his first vision of his galactic mission, 1953).

Hoagland discovered that Comet Elenin made a geometric shape created by a force field interacting with the stream of charged protons and electrons in the coronal mass ejection. This is what made the Elenin field suddenly strikingly visible, as an unmistakable three-dimensional tetrahedron.

He claims that Elenin has a 13,000-year orbital trajectory into the inner solar system (half of the approx 26,000-year precession of equinoxes).

In a recent interview Hoagland says:

The Tetrahedron force field coupled with Elenin’s tetrahedrally defined orbital parameter removes all remaining scientific doubt that Elenin is not natural but is, in fact, an artificial object or some kind of ship sent into the inner solar system 13,000 years ago on some kind of directed interplanetary mission. Arthur C. Clarke wrote that it is something wonderful, some kind of ark or time capsule sent at this crucial time to give us the means to save the Earth.

This is interesting in light of the prophecy of Pacal Votan, as received by José Argüelles/Valum Votan. This prophecy was called forth due to the destruction on previous worlds, namely Maldek (now the Asteroid Belt). Karmic debris from this destroyed planet was then carried by a radiogenetic time ark to Mars.

After Mars became extinct, another radiogenetic time ark was sent to Earth carrying the accumulated karmic debris from both Maldek and Mars.

Ark comes from the Latin arca, meaning “box” or “chest.” Time ark refers to a specific code container or configuration for radiogenesis from one celestial body to another, hence: Radiogenetic Time Ark, the invisible mind thread carrying genetic information transmitted like radio waves from one point to another.

Maldek represents World War I; Mars represents World War II and Earth carries the potential for WWIII. In this context war is the institutionalization of a primal carnal crime originated on Maldek that legitimizes killing for the sake of killing. This is also known as the War of the Heavens on Earth (as above, so below).

What is this war and where did it come from?
This question leads to what is commonly known as “conspiracy theory.”

The main conspiracy theory, which was first introduced in the book The Protocols of the Learned Elders of Zion, is that there is an inner circle or group of people who rule the world (often referred to as the Illuminati). The supposed purpose of this group is to create a secular rational point of view, manipulated by an oligarchy to take over the world and turn humans into a slave population bound by money and materialism. According to Cosmic History, the origin of this storyline has its roots in the destruction of previous planets, namely Maldek.

Continuing on this stream, after Maldek and Mars were destroyed, a signal was sent to the Galactic Federation (a council of advanced intelligences who govern solar-planetary affairs), indicating that the Earth free will experiment in the Milky Way solar system was about to blow if it did not receive higher help.

So here we are, present day planet Earth, and we need a lot of help. We humans are not only using our time and energy to destroy nature but we are also littering the solar system with massive space junk, which is extremely inconsiderate to our space brothers and sisters. Then there are the space weapons or “star wars” which we won’t go into here.

In her book, Letters of Extraterrestrial Civilizations: the Last Warning coauthored by Lidia Andrianova PhD, she states: “Extraterrestrial civilizations warn: the weakening of Earth’s magnetic field has reached a critical value, and threatens the life of mankind.”

Their interpretations of the crop circles include instructions on how to escape the global cataclysms which will begin very soon.

Popovich goes on to say that the first pre-cataclysm will be related with the interruption of global systems of communication—phone, internet etc. She, along with other Russian scientists, state that their interpretation of ET communications is that the only way humanity will survive is through a process of consciousness transfer to a higher dimension.

This is the same theory as Argüelles who states in Manifesto for the Noosphere:

“…the increasingly complex geometrical/mathematical structures of the crop circles bring us the insight that these are coded messages, the activity of a highly focused and directed intelligence, obviously utilizing some kind of “long-distance” telepathic “engraving” technique.

“…the fundamental message seems to be, first of all, to let us know that there are higher telepathic technologies in existence that transcend the present reliance of industrial techniques of every kind, and that these technologies can be utilized by beings or intelligences that are completely invisible or hidden from us. Second, interpretations made of the crop circles call for the necessity of the unification of human consciousness.”

Argüelles states that a common theme of the message from extra-terrestrial civilization is that the UFOs will appear en masse in 2012. They will render nuclear weaponry impotent. There will be a quantum shift, a splitting of the worlds. (See Time, Synchronicity and Calendar Change: the Visionary Life and Work of José Argüelles).

He has written many times of his belief in interdimensional assistance that is guiding and observing the unfolding of all events on Earth. In an article entitled, Galactic Culture and Cosmic Civilization, he wrote:

…as awful as they may be, current events are both the consequence of historical karmic effects and at the same time they are being orchestrated for purposes of a divine supermental descent. This intervention is needed because, by its current operating standards and steadily lowering state of consciousness, humanity could never otherwise get out of its irrevocable slide into total global catastrophe.

In The Mayan Factor, Arguelles describes how 12-21-2012 marks the passage out of one 5125 year galactic beam into another. And at this point UFOs will finally be understood as “inter-dimensional, Earth-generated, galactically programmed electromagnetic cells.” He writes:

Like the Maya who preceded us, we shall understand that the path to the stars is through the senses and that proper utilization of our mind as he auto-regulatory control factor will help facilitate the passage to different levels or dimensions of being. These dimensions or levels of being, now frequented by what we call UFOs, are universally accessible, and hence the meeting grounds of intelligence from different sectors of the galaxy. Like a multi-leveled spore, the model of our “new” galactic home, as well as the means of transport to the different dimensions of the electromagnetic ocean, is the great single central channel along which the various levels of being are strung: individual, collective, planetary, solar, stellar, code matrix, and galactic core.

1 thought on “Comets, UFOs and the Prophecy of Pacal Votan”

All donations help provide continuous free content to spread the message of galactic culture on Earth. Your gift will make a difference! 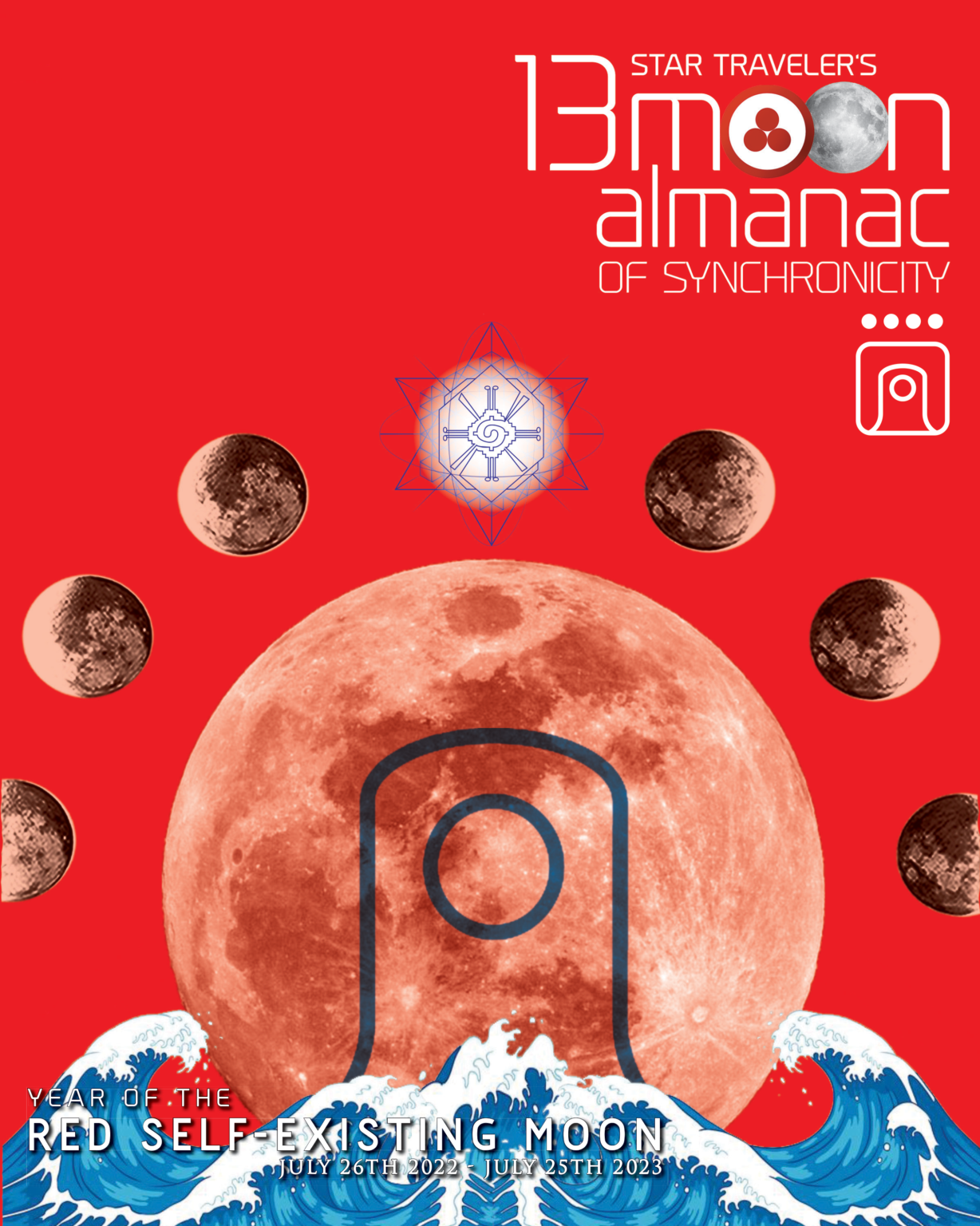 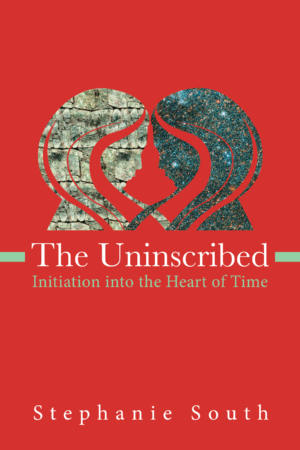 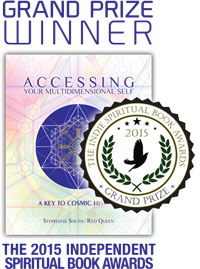