May synchronicities multiply for all who read this :)

“The synchronic order of the universe maintained by the functioning of the Law of Time defines the “Divine Plan”. Prior to the discovery of the Law of Time, the Divine Plan unfolds in the cosmic unconscious, becoming self reflectively known to the intelligence of evolving bodies in time as “revelation.”  —19.6, Dynamics of Time

On Crystal Moon 17 (15 June, 2012), Kin 18, the remains of the Red Queen were brought back to Palenque after 18 years.  Following a UFO experience in 2000 in Palenque, my life has been oriented around the mystery of the tomb of the Red Queen and its relation to the tomb of Pacal Votan.

The entire process that I have been involved in with Jose Arguelles/Valum Votan over the past 13 years is based on the mystery and synchronicity of these two tombs.  I know the truth of what I have experienced, though at the same time I claim nothing. Inside I feel like a mystery even to myself and also like a child watching a fantastic movie of time and synchronicity unfold before my eyes.

For the past few moons I have been piecing together many numerical synchronicities relating to the prophecy of Pacal Votan. This prophecy unifies all prophecies by demonstrating the underlying interconnected matrix that weaves the grand unfolding of events as one divine tapestry, or the Divine Plan.

Synchronicity often reveals itself bit by bit–like stepping stones that if followed, leads to the unveiling of a larger picture. Once more of the picture is revealed then you further understand the significance of each of the synchronicities.   In other words every synchronicity is leading you somewhere. We are on a timeship. 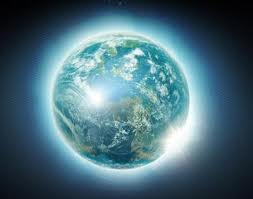 We are not just on a planet revolving around the sun, we are actually going somewhere. We are being pulled by a Great Magnetic Force of Light that reveals itself through the frequency of number.

The synchronicities we experiences are our guideposts, signs that we are “in synch” with the Cosmic Plan. It is like we are on a treasure hunt and the closer we come to the treasure, the more the synchronicities increase exponentially.

We are now feeling a quickening and increase of synchronicities as we are being moved from a third-dimensional materiel existence into a fourth-dimensional or galactic order of mind and being.

The purpose of the 13 Moon calendar and synchronic order is to tune our cosmic antennae into the synchronic patterns that are woven through our daily life. (If you are new to this the Star Travelers 13 Moon Almanac is a good place to begin). Every person, place or thing in our life becomes saturated with meaning. Nothing is mundane. All is part of one interconnected fourth-dimensional geometrical mandala.

Here, I will share a few  “every day” synchronicities and then relate it back to the origin of this discovery of the synchronic order, based on the prophecy of Pacal Votan.

Seven years ago on the 18th annual Harmonic Convergence, Kin 125, I found myself walking past the home of Carl Jung in Kusnacht, Switzerland with Valum Votan. We each picked an apple from an apple tree on the property as a symbolic gesture before heading to Jung’s grave. 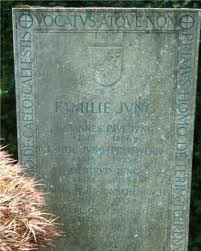 I was in awe of the magic, as 14 years earlier as a freshman in college the first two classes I remember taking were Creative Visualization and Human Communications, of which the main textbook was Man and HIs Symbols by Carl Jung. And now here I was on the 18th annual Harmonic Convergence at the home and grave of Carl Jung with Valum Votan! Far out! Was this arranged and foreseen by Pacal Votan and the Galactic Maya? I wondered.

Of course Carl Jung coined the word synchronicity in 1952, the same year as the discovery of the tomb of Pacal Votan.  He also wrote an essay called Wotan, and in his final years his focus turned toward UFOs.

Many synchronicities also occurred around the Lord of the Rings, and we even lived for a brief period in New Zealand near where much of the filming was done.

Then in 2009 we were in Venice Beach California, for the Day out of Time and Self Existing Seed New year.  The following day, Kin 5, we were at Whole Foods in Venice. I was looking at salads, when  I realized who was standing next to me: Frodo (Elijah Wood)!  I ran excitedly to Votan, “Wow! I just saw Frodo!” He followed me to the salad section and said, “Yep that’s him.” We left him alone, of course, but then decoded him, only to find that he was Kin 5!!

Is it by coincidence that Valum Votan passed away precisely 1,328 years after Pacal Votan? And that Valum Votan’s main message was the 13 Moon 28-day calendar as a means to “change times?”

I cannot sufficiently emphasize how critical it is for humanity immediately to replace the irregular 12-month calendar with the perfect calendar of 13 moons/28 days. The physical act of replacing one calendar with the other has the potential for uniting human consciousness in a moment of singular determination which in itself will cause the next shift point assisting the biosphere in its transition into the noosphere, and the approaching conscious manifestation of the psi bank.  –Jose Arguelles/Valum Votan

The Thirteen Moon Calendar is based on the scientific discovery of the 12:60-13:20 timing frequencies.

These timing frequencies are prophetically confirmed by the dates of the dedication of the tomb of Pacal Votan, AD 692, to the time of its opening, AD 1952 = 1260 years. And there are 1320 years from the tomb dedication in AD 692 to the closing of the Thirteen Baktuns, AD 2012.

The 12:60 refers to the unconsciously accepted order of time that is artificial in nature; and 13:20 is the natural timing frequency.

Let’s look at some of these prophetic correlations between Pacal Votan and Valum Votan. More of these synchronicities can be found in Time, Synchronicity and Calendar Change, the Visionary Life and Work of Jose Arguelles.

The number 17 occurs 13 times in the Bible. In the Bible the Flood starts on the 17th. Noah’s Ark landed on Mount Ararat (alt. 17,000 feet) on the 17th. Jose often called the noosphere the Noah-sphere, and likened his mission with that of Noah’s, complete with the rainbow (bridge). The discovery of the tomb of Pacal Votan was on Crystal Moon 17 (15 June 1952).

Born on Kin 11 as an identical twin.

The affirmation for Kin 11, Blue Spectral Monkey, ends with “I am guided by my own power doubled”.

His date of birth was also his mother’s 30th birthday and parents’ 11th wedding anniversary. Also he was born in the sign of Aquarius, the 11th sign of the zodiac. Numerically, the Blue Spectral Monkey is written 11.11. Of course 11:11 a.m. is also Greenwich Mean Time for the actual 21, December, 2012 astrological synchronization.

Jose Arguelles/Valum Votan with Alberto Ruz Buenfil, son of the archaeologist who discovered the tomb of the great Pacal (1994).

52 is the number of weeks in a year (364 days + 1), and is also the fractal of the approximate 52-year cycle of the rotation of Sirius B around Sirius A.

11 + 11 = 22 (Kin 22 is White Solar Wind/Bolon Ik – a signature which appears very prominently throughout the architecture of Palenque. Kin 22 is also the signature of Lloydine Burris/Arguelles, Valum Votan’s wife and partner at the time of his decoding Pacal Votan’s Telektonon prophecy and the 13 Moon calendar. Lloydine/Bolon Ik’s mother was Maya and her father was Lloyd, kin 144!

Also there are 22 Major Arcanum in the Tarot deck that correspond to the 22 pathways of the Kabbalah and to the 22 Hebrew letters.

Also it is interesting that in the Bible, Proverbs Chapter 11 has 31 verses and was used by fortune-tellers in ancient times for prophecy.

The 11th chapter of the Book of Revelations talks about the two prophets exiled for 1260 days (1260 = false Babylonian timing cycle).

There are 1320 years between the death of the Prophet Muhammad in 632 and the discovery of the tomb of Pacal Votan. Jose had done extensive research comparing the Mayan 0-19 code with the 19 code of the Quran, which he learned about through Mother Tynetta Muhammad of the Nation of Islam. Her husband, the Honorable Elijah Muhammad, stated that “Islam is mathematics” and among his final teachings were the Theology of Time!   “The world is full of signs for those who have eyes to see,” (Quran).

Also interesting to note that 12:60 which is sometimes referred to as “Satan’s time”, when added to 666 equals 1926. The word noosphere was first coined in 1926, which was also  the last year of the 15th Kalachakra cycle. (the 16th and final Kalachakra cycle completed in 1987 along with the Harmonic Convergence).

In the Bible, Genesis 9:13 speaks of the rainbow: “I do set my (rain) bow in the cloud, and it shall be for a token of a covenant between me and the earth.” The final prophecy left by Valum Votan was the Rainbow prophecy (circumpolar rainbow bridge).

The Telektonon Prophecy of Pacal Votan began on Kin 144 (26 July 1993). This began the first year of the “seven years of prophecy.”

The Telektonon prophecy states: “Telektonon is no word at all, but number multiplying itself from within God’s unending meditation which we choose to call creation.”

According to the Telektonon prophecy, this year, Blue Resonant Storm, is governed by the ninth lord of time who gathers the 144,000 into the perfected form of the soul, the fourth-dimensional cube of the law.

The Red Queen’s tomb was strikingly similar to that of Pacal Votan, yet it contained no inscriptions. 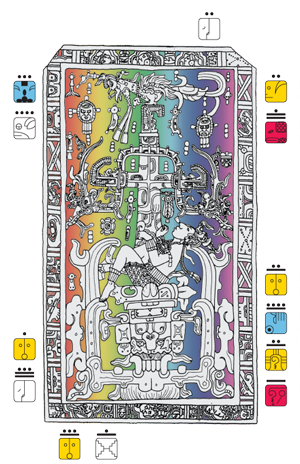 The tomb of the Red Queen was discovered in Temple 13 — 42 years after the tomb of Pacal Votan.

The Red Queen’s tomb was named due to the fact that not only was her sarcophagus lid painted red on the outside, it was also red on the inside. Unlike the tomb of Pacal, which is laden with hieroglyphic inscriptions–neither the temple, the crypt nor the sarcophagus of Red Queen bear a single inscription. By analogy we can conclude that the male tomb is inscribed and is therefore historical; the female tomb is uninscribed and is therefore post-historical, beyond the cycle, receptive to the new inscription.

There are inscriptions on the monuments of Palenque that refer to the date November 13, 672. This date would have been within the 6 Storm year,  Kin 129, Red Crystal Moon, with psi chrono unit 211 (birth and death–at age 18–signatures of Valum Votan’s son Josh –see Biography of a Time Traveler).

The final part of the prophecy of Pacal Votan was revealed as the 441 (144 backwards) cube matrix, which continued until Valum Votan’s passing on Kin 89.

The sum of the numbers (where a = 1, b = 2, etc) of Red Queen = 89.  The theme of the transmission of the Cosmic History Chronicles was reformulation of the human mind and unraveling the mystery of life and death = RESURRECTION.

Note that on March 12, 1989, Kin 108, Yellow Self-Existing Star (GM108X) at the opening of the Palenque initiation ceremony, Valum Votan received telepathic communication from Pacal Votan regarding his return through all of the people.

Later that year came the discovery of the 12:60 and 13:20 timing frequencies, the 13 Moon calendar and all of the mathematical codes of fourth-dimensional time formulated as Dreamspell. (Kin 108 was Day out of Time 2010, the final Day out of Time celebration for Valum Votan, and his final public appearance. On this day, he was honored by Floredemayo, Indigenous Mayan grandmother for his work.

Precisely 13 years later on March 12, 2002, Kin 173, came the first  “Cosmic History” download – of which the transmission began the following day on the White Overtone Wizard. He passed away right when we were preparing to begin the seventh and final Cosmic History Chronicle.

The following video was written after his passing and explains in further detail the meaning of Cosmic History as a “between the worlds transmission,” and the dreams of lost worlds that called it forth.

50 thoughts on “Synchronicity and Prophetic Numbers”