This 144-day cycle has been highly initiatic as the cosmic kaleidoscope keeps shifting to reveal new perceptions and facets of being.  With the advent of the new galactic beam, the nature of planetary initiation is changing in order to match future energy structures. Our job is to recognize the truth behind external events and the archetypes behind form. 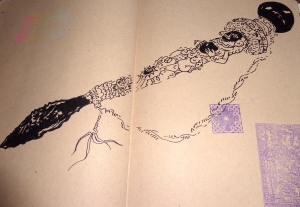 White Planetary Mirror, Kin 218 marks 87 spins since the opening of the tomb of Pacal Votan on June 15, 1952 — the basis of the synchronic codes of time.

Every location on Earth contains a unique vibratory structure loaded with many levels of information. The synchronic codes offer us a means to decode this information through a new perceptual lens. The more sensitive and open we are, the more we can receive these coded messages deposited into the astral field. 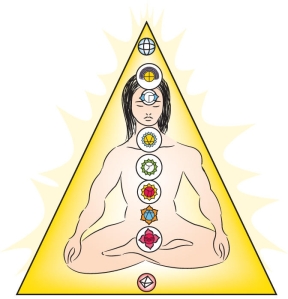 Recently while in Europe for workshops, I visited three key places: Rennes-le-Château in Southern France, Montserrat in Barcelona, Spain, and the Tor and Chalice Well in Glastonbury, England.

It is clear that nothing is as it appears. A new story is arising within us and within the planet.  Some are choosing New Beam consciousness, while others are clinging to a past that is no longer there. With the shifting electromagnetic field our timespace is being altered. What appears as past is simply an old electromagnetic frequency bandwidth, a ghostly thinking layer. As Swami Vivekananda says, the human chooses to remain in ruts because it is easy.

It takes consistent exertion and discipline to rise above the status quo and manifest a new existence. We always have a choice: to release the dead and enter the Light of the New Sun or remain in the shadows of an illusory past conjuring its deadening force field.

As we make our way to the center of the labyrinth of our own mind, it is important to step back and pause to untangle ourselves from the maze of frequencies that manifest through others’ opinions and projections of who we should be and what we should do.

Once these frequencies are untangled from our core essence, then we can re-order them, directing them to higher channels that ultimately merge as one thread.  This is why unity is first an inside job. Everything else is just show. 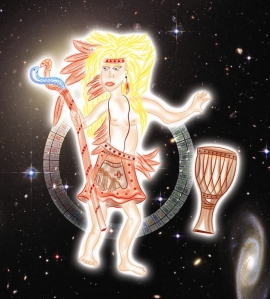 Our body is an alchemical transmutation chamber. As planetary shamans, we input, register and transform lower vibrations emanating primarily from the human emotional body. Then through an act of galactic alchemy we offer the lower vibrations to the Stars where all darkness is extracted and returned as as new light.  Once these holographic registrations are purified in light of a new perceptual structure (holomind perceiver), then a new story is revealed and a new consciousness is unearthed.

Rennes-le-Château is a mysterious place in southern France, of which I scarcely knew of until it was brought to my attention by Kin 113/Ruben. The land is  steeped in analphic engravings of the Cathars of Monsegeur, Knights Templar,  Mary Magdeline and the Merovingian Dynasty. It was brought to public attention The DaVinci Code (which I have neither read nor seen), though author Dan Brown is Kin 185: Red Electric Serpent.

The mystery of Rennes-le-Château revolves around a man named François-Bérenger Saunière, Kin 53, Red Magnetic Skywalker (sign of Quetzalcoatl and beginning of prophecy wave spell). Sauniere was the parish priest of Rennes-le-Château and allegedly found a hidden treasure on the premises. 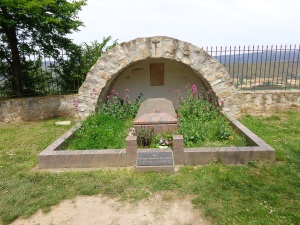 There are many mysteries around Rennes-le-Château that we will not cover here (see book Holy Blood, Holy Grail), but the key theme is that of hidden treasure or terma. In other words the treasure is not external but rather hidden in the mind field.

Saurniere dedicated his church to Mary Magdalene. The Magdalene tower curiously houses the symbol of Nicholas Roerich’s Banner of Peace. It is also said that this valley is built on the temple of Isis. 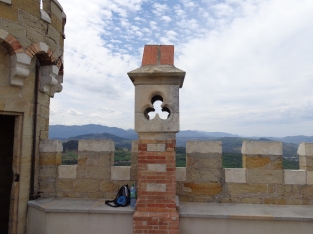 The 13-part Le Serpent Rouge (Red Serpent) is a document relating to Rennes-le-Château that appeared in the Bibliothèque Nationale de France in 1967, but its origins are a mystery. Some say it gives clues to locate a hidden treasure at Rennes-le-Château. The verses are named after the 12 signs of the Zodiac beginning with Aquarius and ending with Capricorn. There is an extra sign (Ophiuchus the Serpent-Bearer) inserted in the 11th position between Scorpio and Sagittarius.

How strange are the manuscripts of this friend, great traveller of the unknown. They come together as white light but for one who knows separately, they are the colours of the rainbow; for the artist these six colours unite like magic in his palette and form black.

This friend, how would you know him? His name is a mystery but his number is that of a famous seal. How can one describe him? Maybe like the pilot of the everlasting Ark of Noah, impassive like a pillar on his white rock looking beyond the black rock towards the south.

In 13 short verses it mentions the rainbow, the Ark of Noah, the Queen of a lost kingdom, 64 scattered stones, the Cube, Jesus, Isis, Magdalene, Holy cross, Knight’s tower and Seal of Solomon.

In the 13th verse, Capricorn, it says that the text came from a dream experienced on January 17 (which is written 1-17) on the day of St. Sulpice. Kin 117 was the day that Valum Votan first had the dream of the 441 cube matrix. 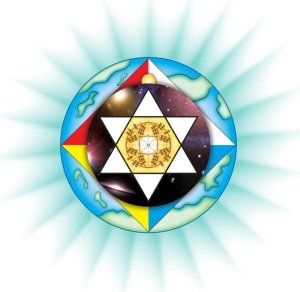 Ophiuchus (the serpent bearer) is a constellation  located in the center of the Milky Way galaxy opposite to Orion. Mayan prophecies tell of serpent ropes extending from the center of the galaxy to earth, linking us to heavenly worlds. It is often related to Quetzalcoatl’s return.

Cosmic Science tells us that at the center of every galaxy (inclusive of the Hunab Ku) is a sole atom.  This is where the mass and energy of the galaxy originate and emanate. This sole atom contains 36 compressors and 3 forcefields. It forms the divine blueprint of the human and planetary chakra system.  It is also an interdimensional portal and key to time travel and can be accessed through our solar plexus chakra/kuxaam suum. (for more in depth see CHC Vol. 2).

In the 13th secret chamber of RA are the six types of cosmic electricity which create the
lines of force. Serpent is associated with life force, the kundalini energy.  My first vision in 2000 at Temple 13 (tomb of Red Queen) was of the earth kundalini being activated through  underground electronic lines of force that connect all  pyramid structures on the planet. Once connected and activated then a new earth comes to Light.

These codes are specific to the frequency of 13.

13 clear signs on tomb of Pacal Votan. Christ was 13th of 12 disciples. King Arthur was 13th of 12 Knights of Round Table. There are 13 light gates guarded by 13 new species that unlock the new timespace hologram.  …

Everyone and Everything is a symbolic code

meant to remind us 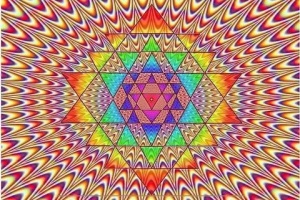